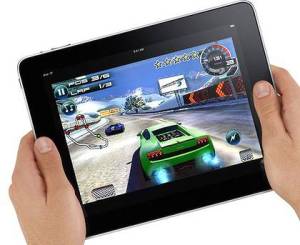 Over the past two decades the world has been transformed by computer technology. Clearly, we can no longer avoid computers in our daily lives. Most of the times they are used to make certain activities or transactions faster and easier. But they can also have a negative influence which is affecting the way kids live in more questionables ways. Hardly a day goes by without a new videogame is launched on the market and the great success they are having is changing the life of our children.

Once they used to play with dolls, robots and the most creative once with legos, while the teenagers preferred board games. These kind of games were very important because they stimulated children and kids to interaction thus enhancing their communicating ability. Today, instead,  the world has gone multimedia mad and things have changed a lot. It is now very common to hear a nine or ten years old  child talking about computer programmes in such an easy way and with, a perfect use of the technical lexis. Children start using the computer at an early age so they become skilled pretty soon.

Modern kids prefer a videogame to a traditional game even if this means having to play alone because when they switch their computer on and load the game,  it’s as if they enter another world. Even if they are physically alone the don’t feel isolated because they get so involved in the videogame that they “become” the main character in it. Whether there are airplanes to knock down, monsters to kill or tests to pass, the kids feel personally involed in the game because their ability makes it go on. So, in a certain sense it is true that computer games may isolate children who don’t feel the necessity of sharing time with their peers. In fact, they consider the computer as a friend which never disappoints them . all they have to do is switching it on when they feel like playing.

Anyway I  think thath modern kids should be taught how to enjoy the human side of games, because growing up involves  facing other people and real experiences, not virtual ones.

Today, too many teenagers are frustrated and depressed and sometimes they don’t know how to escape from the blue mood. So they think they can find a solution in spending hours and hours in front of a computer screen, not realizing  that a real friend is what they really need.